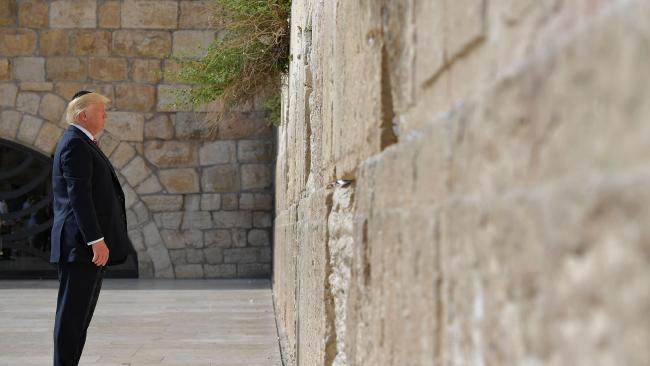 President Donald Trump met with Israeli Prime Minister Benjamin Netanyahu in an attempt to build on two days of talks in Saudi Arabia about a regional thaw between Arabs and Israelis, but the effort faces early headwinds amid concerns among some Israeli officials about new U.S. arms deals with Persian Gulf states.

Mr Trump became on Monday the first serving US leader to visit the Western Wall, a shrine holy to Jews that has emerged as a source of discord between the US and Israel.

“We have before us a rare opportunity to bring security and stability to this region and to its people,” Mr. Trump said after arriving at Tel Aviv’s Ben Gurion airport. “We can only get there by working together. There is no other way.”

In a meeting later with Mr Netanyahu, Mr Trump said of Saudi leaders, “Their feeling toward Israel is really very positive,” and said that relations between the two countries are being shaped by a mutual desire to counter Iranian aggression.

Read the full article by Carol E. Lee of The Wall Street Journal at The Australian (subscription only).