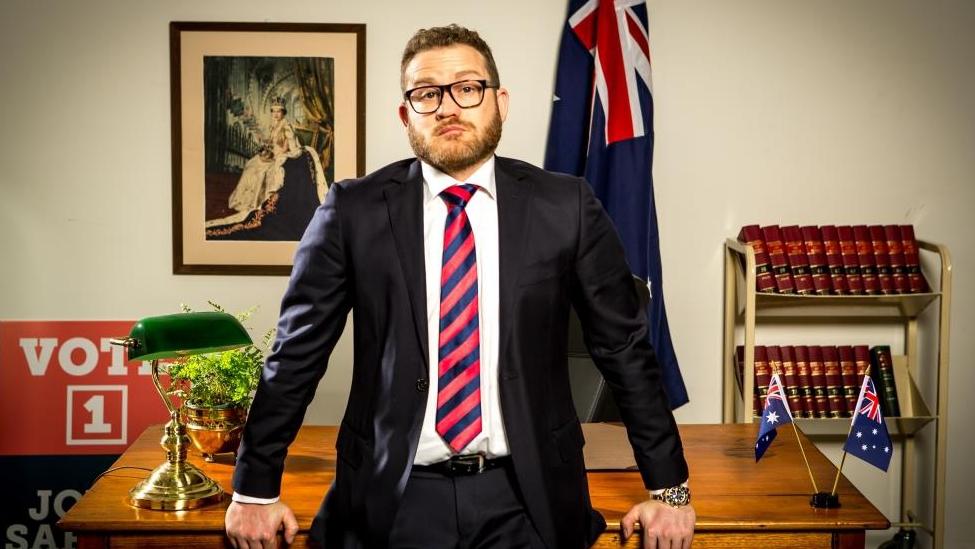 IT’S really no wonder that the process of writing John Safran’s latest book almost pushed him to the edge.

An examination of political, cultural and religious radicalisation in Australia, Depends What You Mean By Extremist saw the satirist and filmmaker delve into some of the most marginalised sections of society, with some confronting results.

“I’m several brain cells away from putting on a sandwich board saying ‘the end is nigh’,” Safran said.

Tracking Australia’s social pulse from the uprising of Reclaim Australia in 2015 through to the election of Donald Trump at the beginning of the year, the book put Safran on the frontline and in the homes of people on all sides of the political spectrum.

From being verbally abused for being a Jew while at a far-right rally and drinking beers with a half-Italian, half-Aboriginal white nationalist to dressing up in full Jewish garb and spending an hour on the streets of Lakemba and swapping Life of Brian quotes with a Muslim fundamentalist, Safran’s research revealed overall a somewhat sorry state of affairs.

Read the full article by Heather McNab at the Daily Telegraph (Central Sydney).