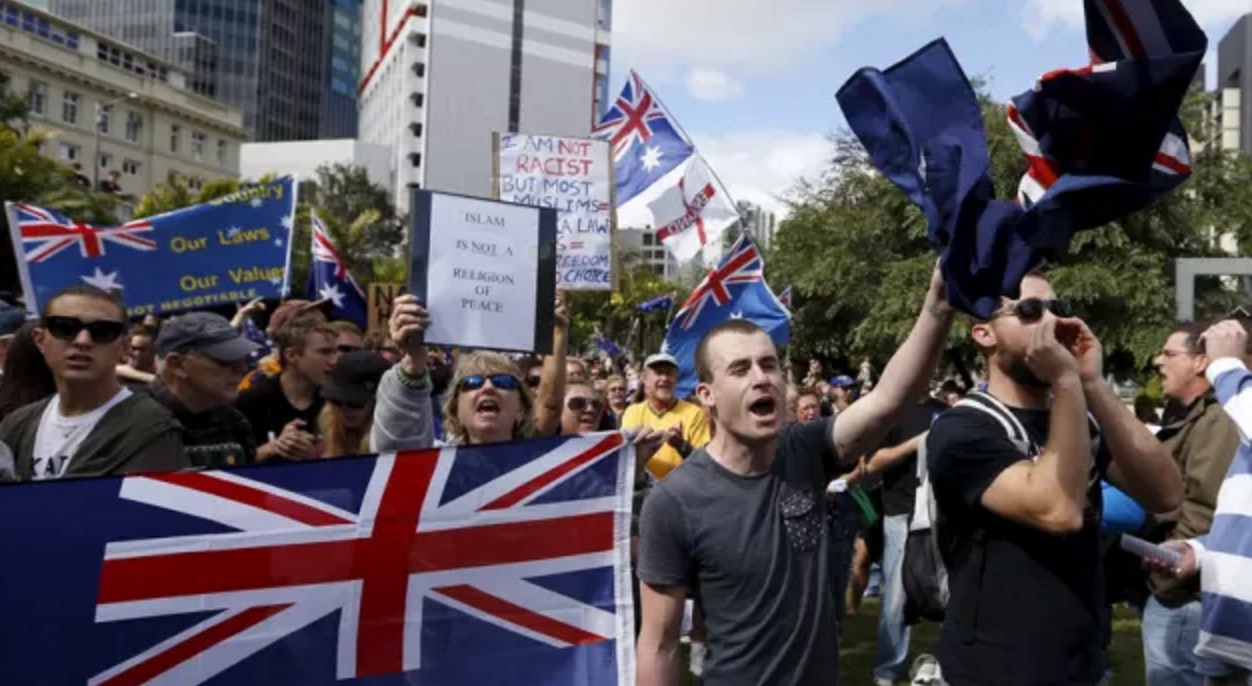 Media’s role in the politics of fear; a look inside One Nation and the Alt-Right

The emergence of the global alternative right movement that helped the Brexit vote get over the line and saw Donald Trump become US president has also laid a marker in Australia.

In recent years, the movement has manifested into the rise of nationalist extremist groups, such as like Reclaim Australia and the United Patriots Front, while One Nation leader Pauline Hanson has enjoyed a sudden revival in federal politics.

While many people dismiss these movements and their policies as racist, xenophobic and only representing of a fringe minority, the makeup of their audiences and how savvy they are at marketing their brand will surprise.

Last week at the Sydney Writer’s Festival, one of Australia’s leading journalists, David Marr, and one of its best documentary makers and author, John Safran, offered a fascinating insight into what makes these groups tick, their appeal and how they attract people, including ordinary Australian families, to their cause.

Read the full article by Arvind Hickman at AdNews.