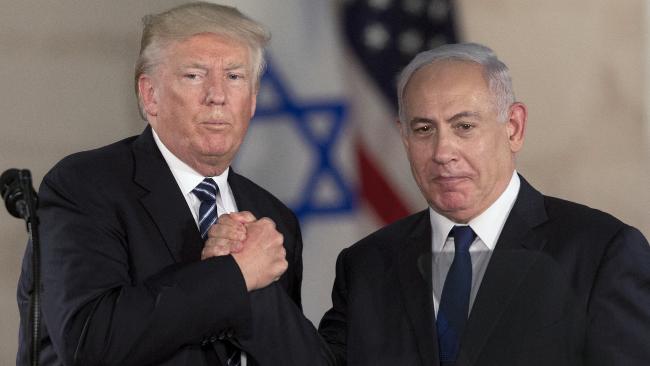 When Donald Trump left Israel after his whirlwind 28-hour tour last week, much of the country breathed a sigh of relief. Trump had not, as many had feared, issued unsubstantiated statements or further destabilised the brittle regional status quo. He didn’t even tweet. But for Israel’s leaders, simply avoiding disaster isn’t enough; they want the US President working for their interests.

Not long ago, that outcome seemed likely. During his campaign, Trump looked like a dream come true for Prime Minister Benjamin Netanyahu’s right-wing government.

He promised to move the US embassy from Tel Aviv to Jerusalem “on day one”, and to withdraw from the nuclear agreement with Iran that had been spearheaded by his predecessor, Barack Obama.

Moreover, when Obama, as one of his last acts as president, refused to veto a UN Security Council resolution condemning Israeli settlement construction in the West Bank, Trump railed against him. For Israel’s government, which had been embroiled in bitter controversies with the Obama administration for eight years, Trump appeared to represent, in Netanyahu’s own words, “a new dawn”.

Read the full article by Shlomo Avineri at The Australian (subscription only).