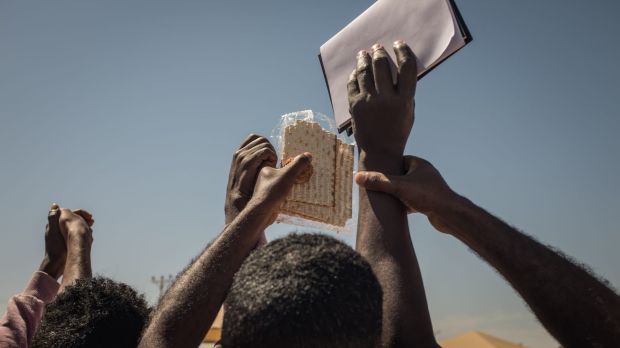 Tel-Aviv: After fleeing their war-torn countries, genocide and repressive regimes, many of the estimated 45,000 African asylum seekers in Israel face formidable resistance from state institutions and are stuck in legal limbo from the day they arrive.

Mostly coming from Eritrea and Sudan, they hope to obtain asylum in Israel in greater numbers than in previous years after turmoil in Libya in 2011 made the route through Libya to Europe nearly impossible.

Israel has recognised fewer than 1 per cent of asylum claims, the lowest percentage in the Western world, and has been notoriously sluggish in assessing asylum claims. It granted refugee status to only one Sudanese and to a handful of Eritreans. The overwhelming majority remain in a vulnerable situation, in constant fear of detention, forced deportation and under pressure to be “voluntarily” deported.

Read the full article by Violeta Santos-Moura at the Sydney Morning Herald.