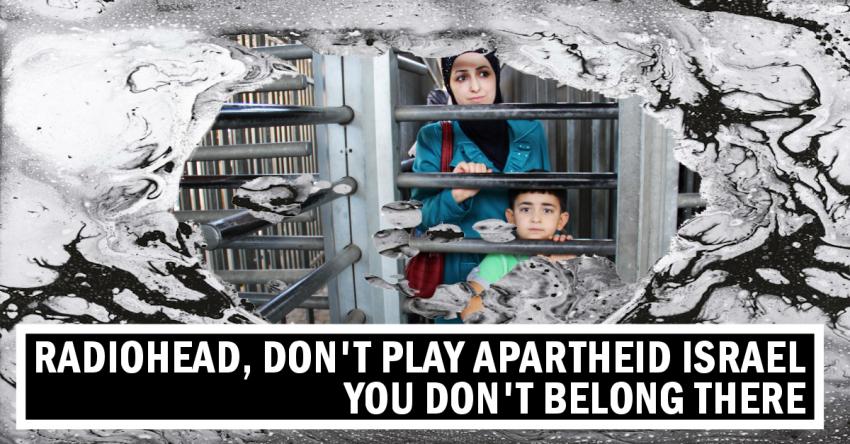 British rock band Radiohead have come under pressure by Palestine solidarity activists, who are calling for the band to cancel its July 19 Tel Aviv gig as part of the boycott, divestment and sanctions (BDS) campaign.

In April, 46 leading artists publically added their voices to the call for Radiohead to pull out in an open letter. The letter was signed by musicians such as Pink Floyd’s Roger Waltes, Sonic Youth’s Thurston Moore and Crowded House’s Nick Seymour, as well directors Ken Loach and Mike Leigh, and writers Alice Walker and China Mieville.

In response, Thom Yorke told Rolling Stone he found the issue “deeply upsetting”, but that he didn’t agree with the BDS movement and the cultural ban. He said the open letter included people he admired and would “never dream of telling where to work or what to do or think”.

In particular, Yorke said: “It’s deeply distressing that they choose to, rather than engage with us personally, throw shit at us in public.”

However Waters, a high profile support of BDS and Palestinian liberation, responded in a June 5 statement to Rolling Stone.