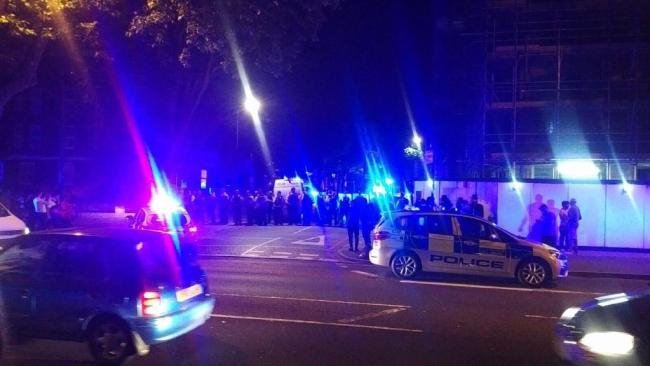 A HOUSING estate in London has been put on lockdown by police after reports of young people ‘brandishing machetes and swords.’

Youths have reportedly been fighting with armed police at Stamford Hill, in north London, an area known for its Hasidic community, the largest concentration of Haredi Jews in Europe.

One man said he witnessed a car being attacked by a mob of up to 30 armed with bats and hammers.

It is alleged to be the second successive night of violence in the suburb, which is very close to Finsbury Park, which saw what police are stating was a terrorist attack on Muslims on Monday.