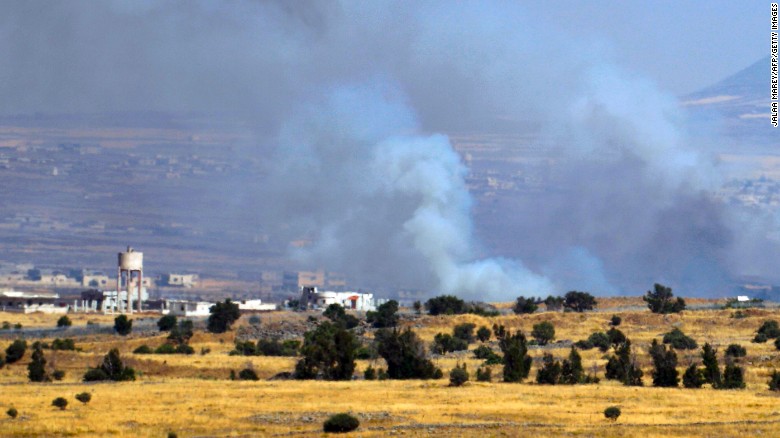 Israel says it has targeted Syrian military installations after shells landed in the occupied Golan Heights but a Syrian military source says the Israeli strikes killed some civilians.

Israel’s military said 10 projectiles from inside Syria had hit Israel and it responded with an air strike on the position they were launched from, while the Israeli army targeted two Syrian army tanks.

Read the full article by Associated Press at The Australian.