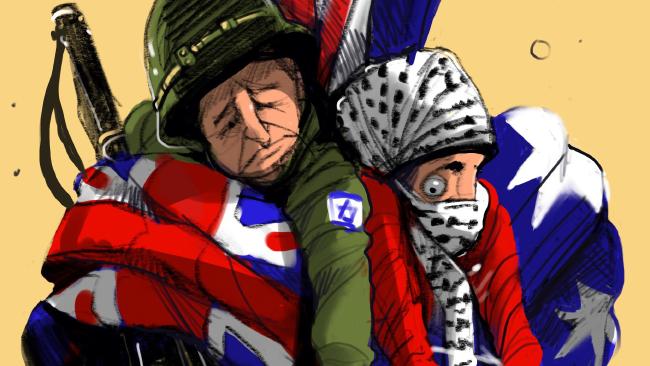 If only the Palestinians could commit to peace

The South Australian parliament recently passed a motion that calls on the federal government to recognise “the state of Palestine … and announce the conditions and timelines to achieve such recognition”. The motion also ­requests the federal government state that “unless measures are taken this option (the two-state solution) will vanish”.

The supporters of this motion seem to ­believe that unilaterally declaring “Palestine” to be a state will make it so and somehow achieve peace. What they fail to consider is that unless the core issues of the conflict are addressed and resolved between both sides through direct negotiations, a mere statement or recognition of statehood will not mend the points of conflict or bring peace. On the contrary, such moves for supporting a unilateral recognition serve to drive the Palestinians further away from joining Israel at the table to find a peaceful solution. Thus, the support for the Palestinians through this avenue unfortunately serves to drive them further from peace.

This year will mark 70 years since the UN partition resolution of 1947, when the Jewish and Arab populations residing in British-mandated Palestine were offered two states for two peoples. The Jewish leadership accepted this proposal, eager to build a Jewish state in their historic homeland. The Arab leadership rejected the partition plan then, and the Palestinian leadership consistently has refused to accept subsequent offers for a Palestinian state to be established peacefully alongside the state of ­Israel.

Read the article by Shmuel ben Shmuel, Israel’s ambassador to Australia, in The Australian.