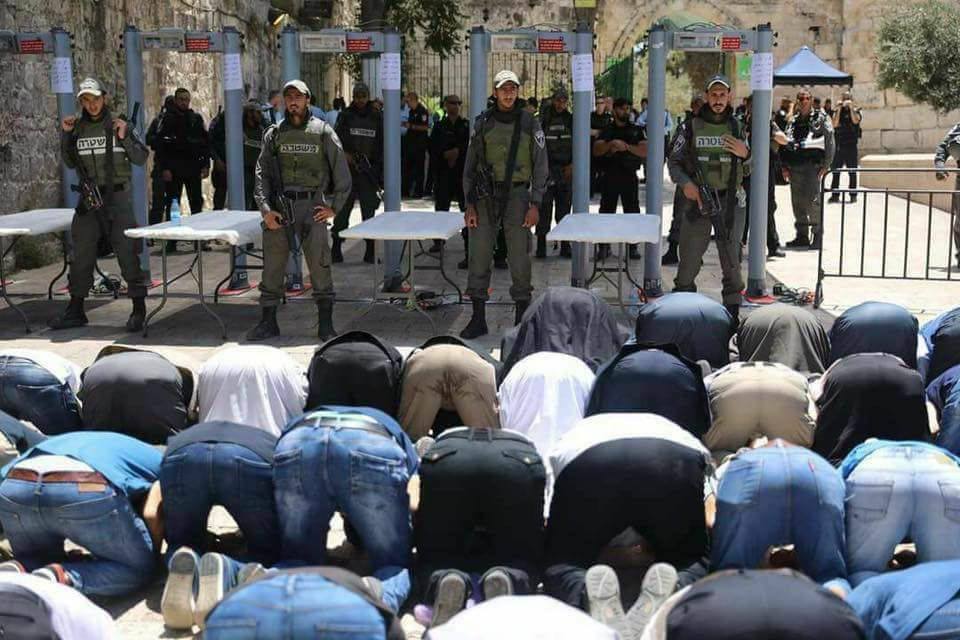 The unrest came after Israeli ministers decided not to order the removal of metal detectors erected at entrances to the Haram al-Sharif mosque compound, known to Jews as the Temple Mount, following an attack nearby a week ago that killed two policemen.

In anticipation of protests on Friday, Israeli police barred men under 50 from entering Jerusalem’s Old City for prayers, while all women were allowed in.

Police said later in the day that discretion could be applied in the use of the metal detectors instead of forcing everyone to go through them.

Hundreds held midday prayers near the gates of the Old City in protest. According to police, dozens of people entered the compound.

Read the coverage and watch the report from SBS TV (AFP).