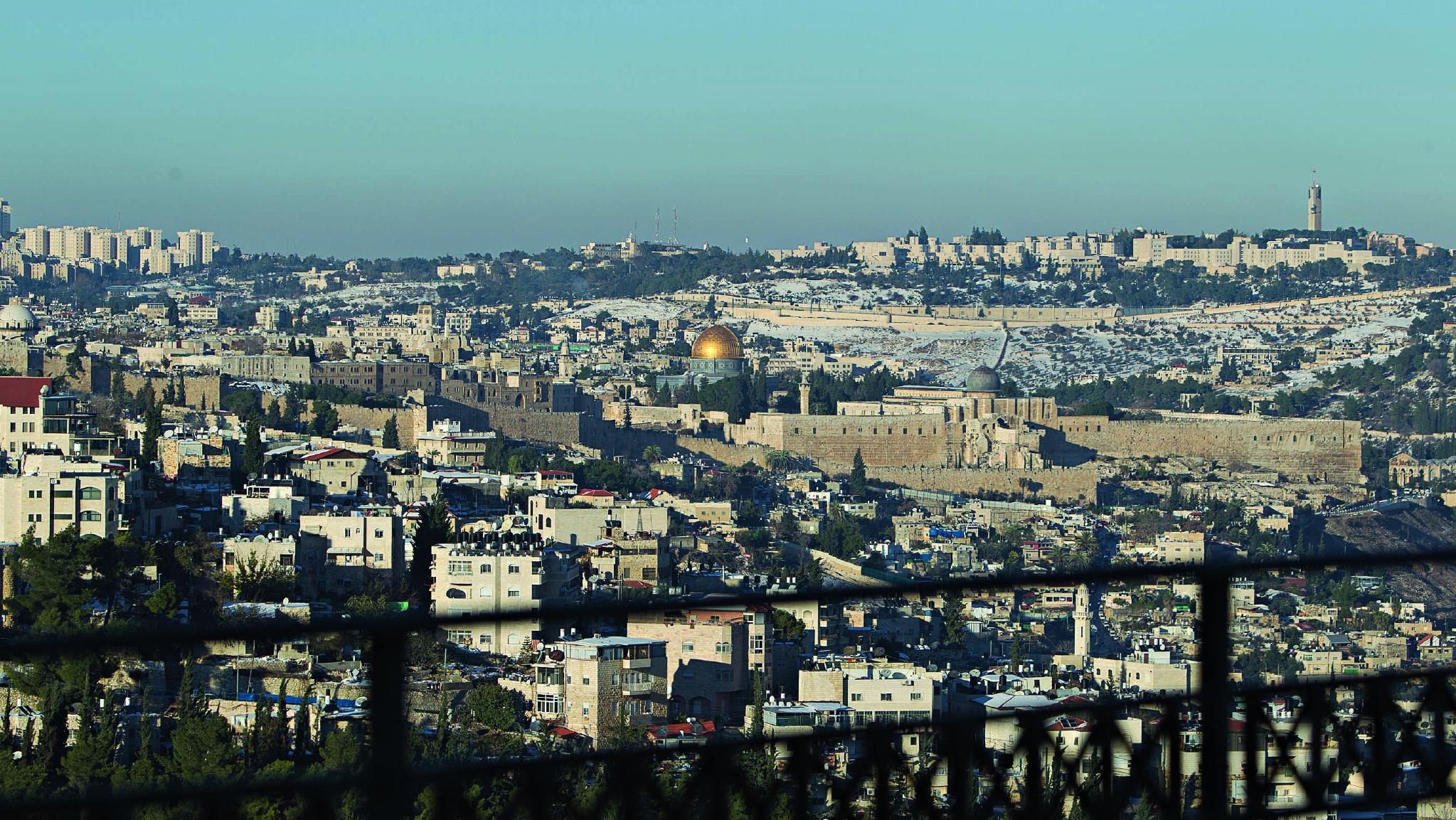 Man in the middle

How my report about four Palestinian boys tried for throwing rocks in the West Bank led to crude intimidation.

We had the best balcony in Jerusalem. From it we could see the best and the worst of this ancient city – the extraordinary past and the beguiling present. The good and the bad, the hope and the despair. And it was from this balcony that I would go forth around the Middle East, flying to wherever yet another dictator was slaughtering his people. For me, my wife Sylvie and our son Jack – eight when we first arrived – so much of family life during our six-year adventure in the Middle East happened on this balcony.

The balcony became not just our base, but also our favourite place. From it, we looked across an extraordinary landscape: rows of gnarled olive trees; the Old City of Jerusalem with its golden Dome of the Rock, the sombre-looking Al-Aqsa Mosque and Western Wall; the grandeur of Mount Zion; the Mount of Olives and the Judean desert. We also had a view of modern Jerusalem, with its high-tech entrepreneurs, who have made Israel the largest foreign contributor after China to New York’s Nasdaq stock exchange.

In front of our apartment, as well as the Western Wall, we could see the other famous “wall” – the concrete snake that separates Israel from the occupied West Bank. As with everything there, people can’t even agree on its name: the Israelis call it a “security fence”, the Palestinians an “apartheid wall”. Israel’s supporters in Australia prefer not to call it a wall but a fence. Every day we’d see Israeli Army jeeps driving along the “wall”, checking on a new Israeli settlement that was being built on the outskirts of a Palestinian village.

Our balcony became our private time machine. We could fast-forward from the biblical past to the troubled present. We would see tear gas being fired at Palestinians and rocks being thrown at Israeli soldiers.

Read the full article by John Lyons at The Australian (subscription only).