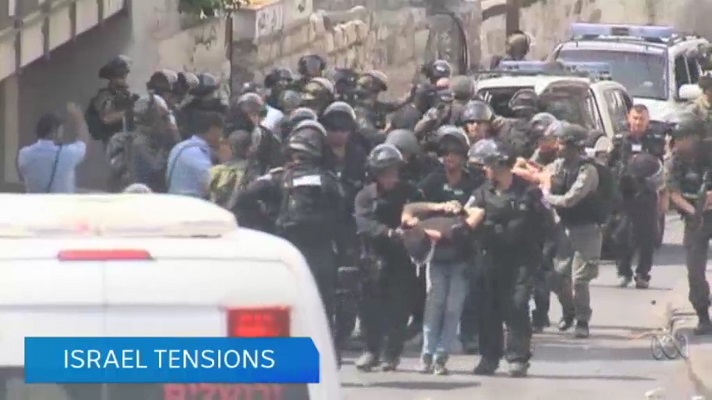 Ellen Fanning was joined by The Australian’s John Lyons, former editor of the Australian Women’s Weekly Kim Doherty, author and journalist Antony Loewenstein with the in Canberra political scientist at UNSW Dr Lindy Edwards.
The video here is from the latter part of the program which starts off with a discussion of the security measures that Israel has tried to introduce next to the Temple Mount following the murder of two Israeli policemen that has since degenerated into a wave of inciteful violence against Israel.
John Lyons, infamous for his Four Corners report 3 years ago Stone Cold Justice, proceeds to lambast the Israeli authorities for giving journalists who criticise Israel a hard time.