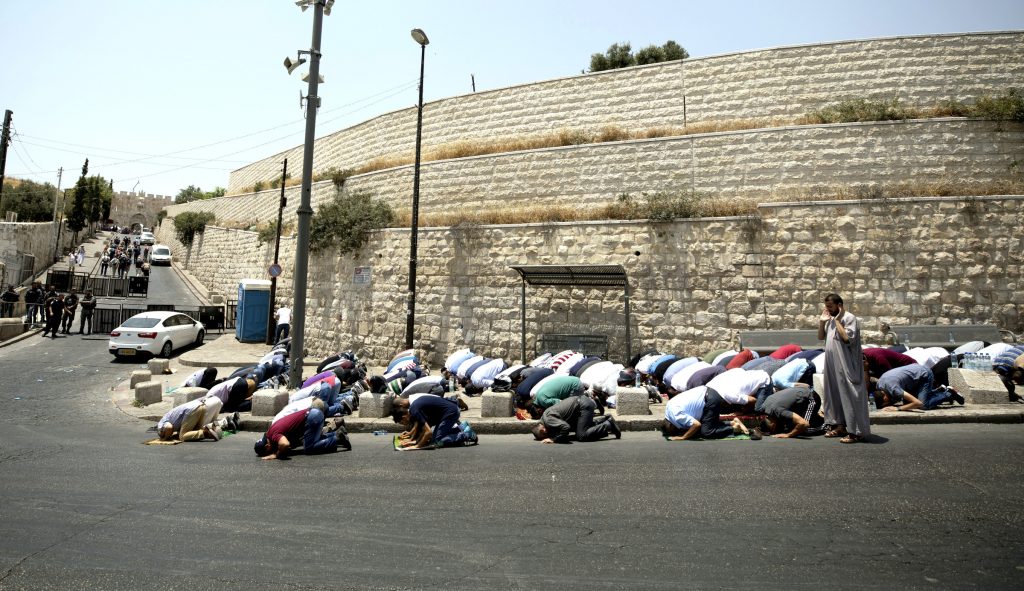 Pope Francis has last weekend called on Muslims and Jews in the Holy Land to “moderation and dialogue” as tensions continued around a key site in Jerusalem that is sacred to members of both faiths.

After reciting the Angelus on Sunday July 23, the Holy Father asked people gathered in St Peter’s Square for the midday prayer to join him in asking the Lord to inspire reconciliation and peace in the region.

Tensions in Jerusalem have been high since July 14 when three Israeli Arabs armed with knives and guns killed two Israeli police officers at an entrance to the site the Jews call Temple Mount and the Muslims call Haram al-Sharif. The site includes the Western Wall and Al Aqsa mosque.

In his main Angelus talk, Pope Francis spoke about the parable of the weeds among the wheat from the Sunday Gospel reading.

Read the full article by Cindy Wooden at The Record.