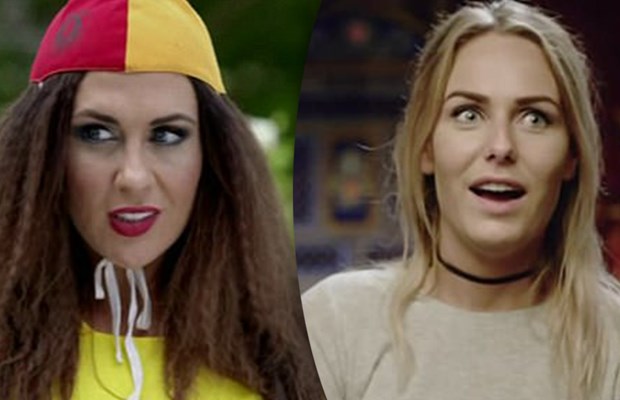 It’s only been on two nights but we have already seen heaps of conflict on this season’s Bachelor.

However, it looks like Florence may have pushed the envelope way too far on Thursday when she said Jen Hawke looked like a ‘Jewish banana’ during their group date.

The dutch model mocked Jen’s surf lifesaver costume saying ‘I’m not worried about Jennifer. Dude, you look horrible! I mean, she looks like a Jewish banana.’