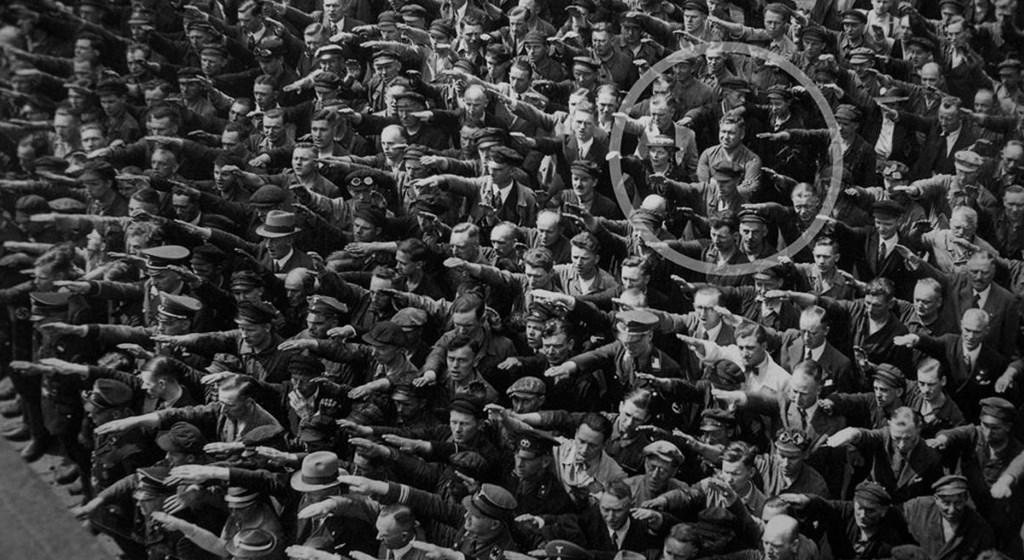 Why did this man refuse to salute Hitler?

This picture was taken during the most dangerous period of Nazi occupied Germany.

Nazi ridden Germany was a terrifying place. Any act of defiance was punished cruelly.
A single act of bravery stood out against a backdrop of blind compliance.

The infamous Nazi Salute was adopted by the party in the 1930s and was a ‘compulsory’ greeting for all Germans as a sign of demonstration of respect and loyalty to the Fuhrer.
During the 1936 rally, in the presence of Hitler himself, one man, August Landmesser.
refused to salute.

August Landmesser joined the Nazi party in 1931, slowly working his way up.  But just two years after joining, Landmesser met Irma Eckler, a Jewish woman and fell madly in love, swiftly proposing to her in 1935.

Nothing remains secret in Nazi Germany, and word soon spread of Landmesser’s engagement to Eckler, his love for a Jewish woman led to his expulsion from the Nazi party.

Read the full article by Lulu Morris at National Geographic.