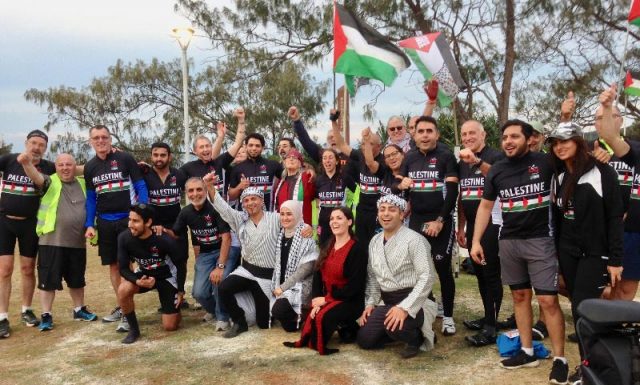 Sunday saw 20 cyclists arrive in Byron Bay to a welcome of soup, falafals, humus and cake as they terminated their fund-raising Big Ride for Palestine from Brisbane to Byron Bay. In 2015 activists completed a 9-day marathon ride from Edinburgh to London and raised over £65,000 to help children recover from the Israeli 2014 blitzkrieg on Gaza.

The 2017 Big Ride in Britain and Australia will be marking the 50th anniversary of Israel’s military occupation of the West Bank and Gaza strip (the Occupied Palestinian Territories) in 1967 when 300,000 Palestinians were made refugees and their villages ethnically cleansed.

Read the article in the EchoNet Daily.