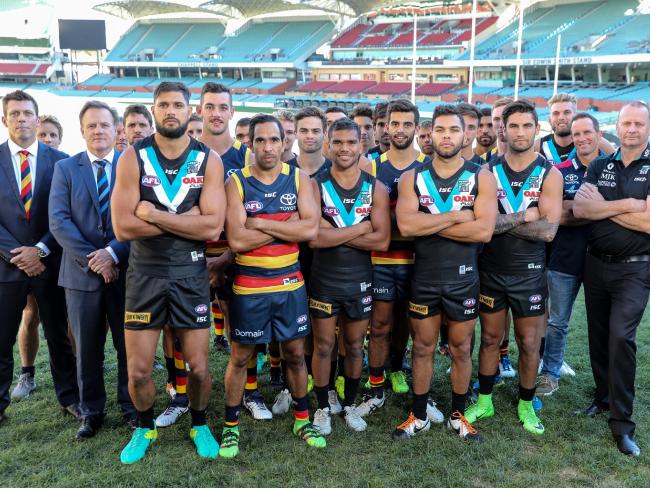 A post on Facebook on Sunday night said “if Port Adelaide FC were Jewish, that was the Holocaust” — a message the club has slammed as “disgraceful”.

The post — by an unidentified fan who shared the unofficial supporters group Adelaide Crows Pride’s photo shortly after the match — also used the hashtag “#gassing” and heart emojis in Crows colours.

“The AFL and its clubs do a significant amount in the community to educate supporters around the importance of respect and equality regardless of race, religion, gender or sexual orientation,” Port Adelaide general manager Matthew Richardson said.

“Social media unfortunately provides a platform at times for people to express views that set out to alarm and gain attention, and this post is clearly an example of that.

Read the full article by Josephine Lim at The Advertiser.