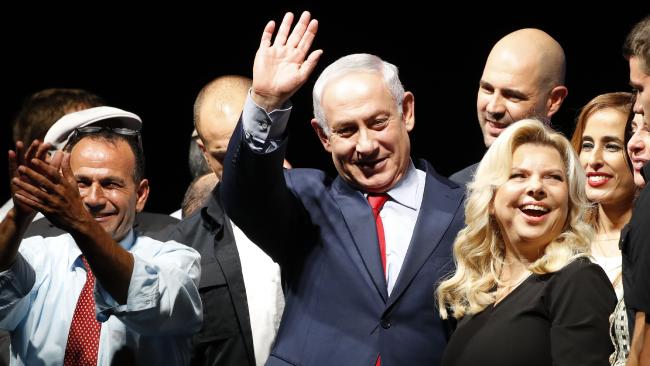 Addressing his nationalist base, a beleaguered leader accuses the media of obsessively promoting a liberal agenda, conducting a “witch hunt against me and my family” and trying to overturn unpalatable electoral outcomes through sinister legal machinations.

This may sound like US President Donald Trump. But this time it is Israel’s Benjamin Netanyahu.

Netanyahu has always had a thorny relationship with Israel’s prominent media outlets, which are generally more open to peace-seeking concessions to the Palestinians than the Prime Minister’s nationalist Likud party. But his comments at a Likud rally on Wednesday evening — days after police revealed he is a suspect in several corruption cases — were an escalation that could have been lifted directly from Trump’s playbook.

With hundreds of adoring supporters cheering wildly, Netanyahu launched into a tirade, accusing the media and political opposition of conspiring to topple him when he cannot be defeated at the ballot box. He carefully avoided any mention of the police and prosecutors who are conducting the actual investigation.

“The thought police in the media work full-time to set the agenda, and woe to anyone who veers away from it,” said Netanyahu. “We know that the left and the media — and we know that it’s the same thing — is on an obsessive witch hunt against me and my family with the goal of achieving a coup against the government.”

Read the full article by AP at The Australian (subscription only.)