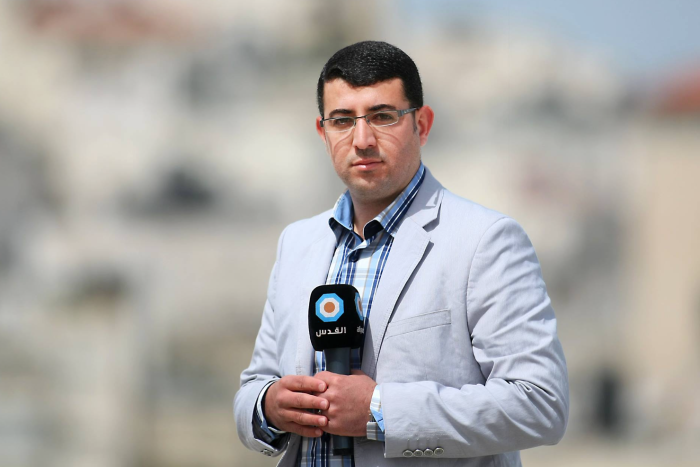 “Until this moment we have not heard anything about him,” Ms Jaqarana told the ABC.

“He was arrested from his studio where he was working in the town of Housan. All we know is that his detention was extended for another five days and that he has started a hunger strike,” she said.

Thirty-three-year-old father Mamdouh Hamamreh, who works with the Hamas-affiliated Al Quds Television, is one of five journalists arrested by Palestinian security forces in the past seven days.

They are being held under a new and vaguely worded decree handed down by Palestinian President Mahmoud Abbas targeting freedom of expression on social media and news websites.

Separately, four other journalists were called for questioning about social media posts critical of government policy.

The Government has insisted the new law on “electronic crimes” closes legal loopholes that in the past allowed offenders, such as hackers, to go unpunished.

But critics have said the edict essentially allows the Palestinian Authority government to jail anyone on charges of harming “national unity” or the “social fabric”.

Read the full article by Sophie McNeill at ABC News.