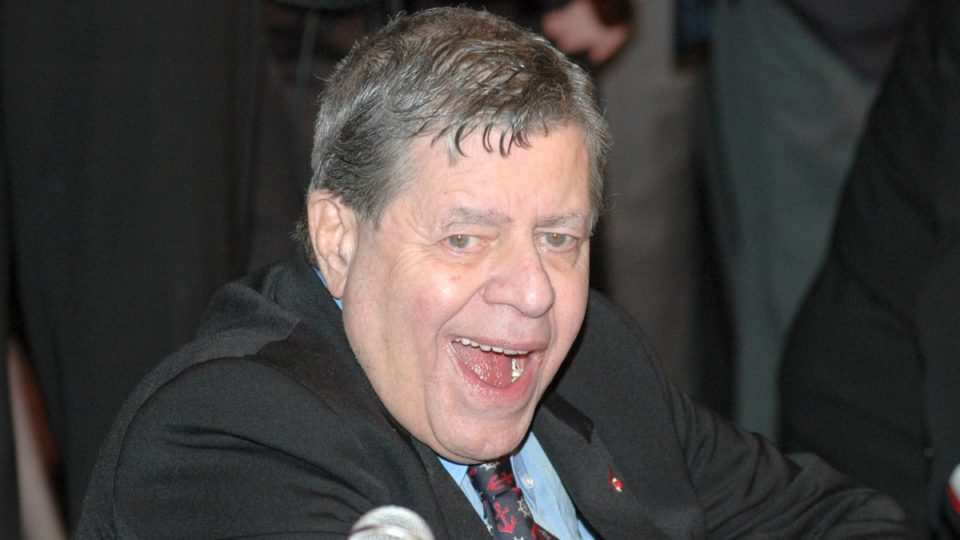 Iconic comedian and director Jerry Lewis has died peacefully at his Las Vegas home at the age of 91.

Publicist Candi Cazau said Lewis died of natural causes on Sunday morning local time with his family by his side.

Lewis first became a star in a duo with Dean Martin, entertaining audiences in nightclubs, on television and in the movies.

His 10-year partnership with Martin saw them star in 16 films and achieve huge box office success.

After their split in 1956, he starred in and directed a slew of hit films such as The Nutty Professor.

Lewis retired from making movies in 1995, but returned as star of the 2016 drama Max Rose.

Other notable successes included Martin Scorsese’s The King of Comedy, in 1983, in which he played a talk show host stalked by Robert de Niro.

In 1995, he became the highest paid star in Broadway history as Mr Applegate in the musical Damn Yankees.

Lewis endured a number of setbacks including open heart surgery, prostate cancer and a bitter separation from one of his five sons.

Read the full article at The New Daily.