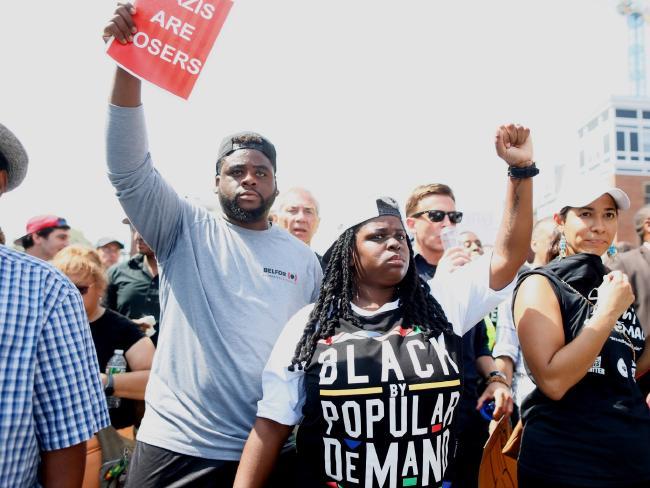 Counter protesters hold fists up while marching to a planned 'Free Speech Rally' on Boston Common on August 19, 2017 in Boston, Massachusetts. Picture: AFP.

Tens of thousands of anti-racism demonstrators flooded the streets of Boston today, dwarfing a gathering of white nationalists, and triggering scuffles with police but avoiding the serious violence that marred a similar event a week earlier in Virginia.

A so-called “free speech” rally by far-right groups had been scheduled to run until 2pm local time but a half-hour before that police escorted its participants past the throng of anti-racism protesters.

Aerial photos showed the latter group filling one of Boston’s main streets for several blocks, in a huge outpouring of anti-racist sentiment in this strongly Democratic northeastern city.

Read the report and watch the coverage from Channel 7 TV.