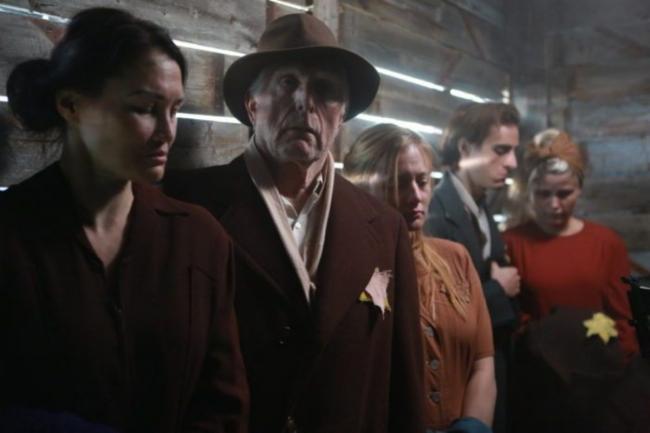 The film is based on a true story uncovered from the diary of a Holocaust survivor mentioning Greek prisoners.

Academy Award winner Olympia Doukakis is starring in a new film directed by David Antoniuk, written by Joanna Tsanis and produced by the latter in collaboration with Chuck Scott and Gregory C Pappas.

The short film Eleftheromania is based on a true story uncovered by Pappas when he came across a diary entry by a Holocaust survivor mentioning Greek prisoners, a harrowing moral dilemma foisted upon them and their bravery.

After years of research and having acquired SS officers’ official testimonies from archives in Berlin, Pappas forwarded the story to Toronto-based writer Tsanis who turned it into a screenplay.

The short is set in the summer of 1944 when the Nazi enlisted 446 Greek prisoners as Sonderkommandos to lead prisoners into gas chambers in Poland. If they refused, they would be killed.