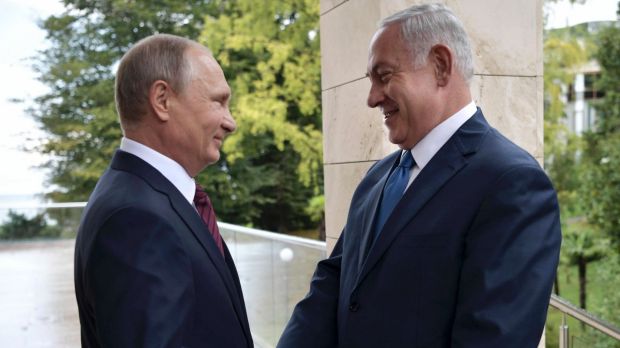 Threatening strike in Syria, Israel tells Russia Iran is greater threat than IS

Israel fears an eventual Assad regime victory could leave Iran with a permanent garrison in Syria, extending a threat posed by the Iranian-backed Hezbollah in Lebanon to its north.

Read the full article by Denis Pinchuk at the Sydney Morning Herald.