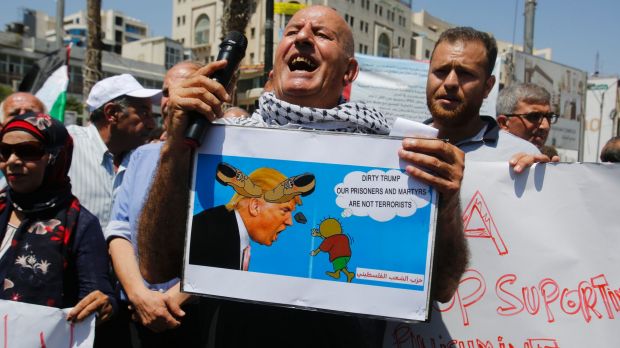 A US delegation led by White House senior advisor Jared Kushner had a “productive” meeting with the Palestinian Authority on how to begin Middle East peace talks, the State Department said on Friday, though some Palestinian officials expressed frustration that the US still has not committed to a two-state solution.

Both sides agreed to continue with the US-led conversations as the best way to reach a peace deal, the State Department statement said.

“We know that this delegation is working for peace, and we are working with it to achieve what President [Donald] Trump has called a peace deal,” Mr Abbas said at the beginning of the meeting, according to the Palestinian Authority’s website Wafa.

Read the report by Loveday Morris in the Sydney Morning Herald.