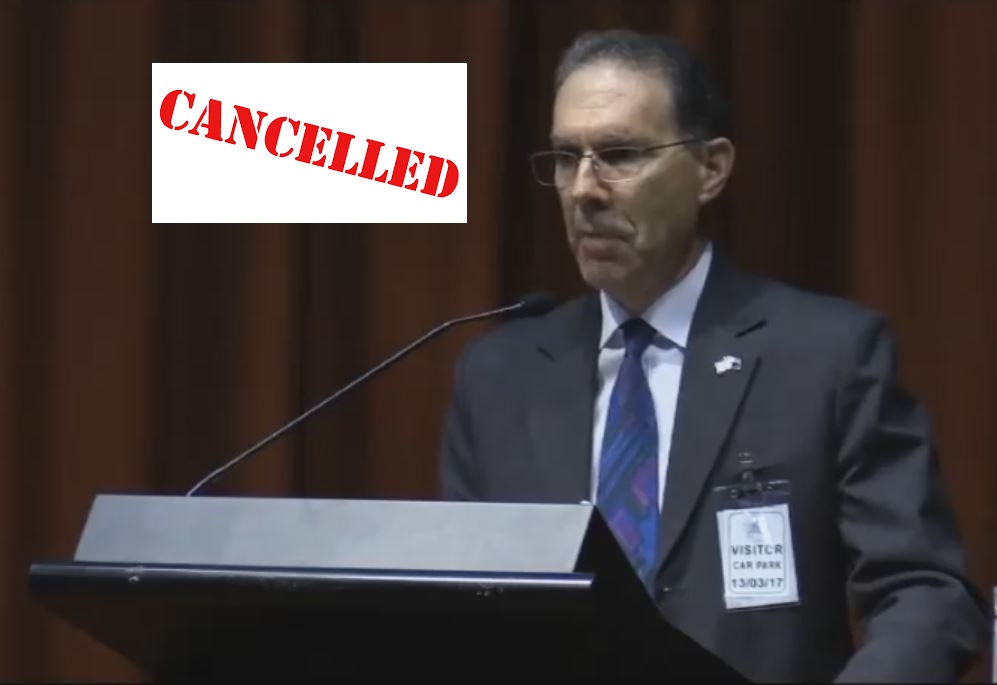 New association the brunt of a hate libel

LATEST: Because of threats of bullying and intimidation by those opposed to the event planned for Sunday September 10th it has now been cancelled. A sad day indeed for freedom of speech.

Last Wednesday night September 6, Dr David Adler spoke at the North Shore Synagogue in Sydney in their function hall. Dr Adler is the president of the newly launched conservative Australian Jewish Association (AJA). The event was hosted by Rabbi Paul Lewin, who is also the current President of the Rabbinical Council of NSW.

The presentation was essentially identical to that which was planned for the Beth Weizmann Centre and is now at the Mizrahi Synagogue’s Goldberger Hall in Melbourne, but the title was amended (always something the organisers were happy to negotiate) to Islam and Jews – Lessons for Australia. This is now the title adopted for the Melbourne event.

Julie Nathan from ECAJ was present and she actually made some constructive contributions in discussion. After the proceedings David Adler asked her if she thought there was any reason the event should have been cancelled. She looked surprised and said “of course not”.

Apparently everything was proceeding without any problem or incident.

An event was planned also in Melbourne and months ago Beth Weizmann was booked and the event title notified at that time. The Beth Weizmann management cancelled the booking last Friday with the centre’s chair Sam Tatarka declaring that they were “not prepared to have the Jewish Community Centre of Melbourne used for or associated with an event that on its face, seeks to foment fear and hatred.”

Mizrachi  is also under pressure from the anti-democratic left wing Jews who have been further emboldened by the result at Beth Weizmann.

In August a very similar presentation was held as part of Limmud NZ in Auckland without problem or incident.

Last March a presentation was done for a major Christian roof body, the Australian Christian Nation Association, with the original title The Threat of Islam to Jews. The venue was the NSW Parliament and the management of the State parliament building had no issue with the subject- there were no problems or incidents.

Allegations that the talk would incite violence, hatred, fear, whatever… are highly speculative. Worse, It seems that a spectacular moral inversion is in play. Rather than incite, the presentation appears to expose those who really are doing so.

Listen to Dr David Adler speaking on the Bolt Report on Sky News: