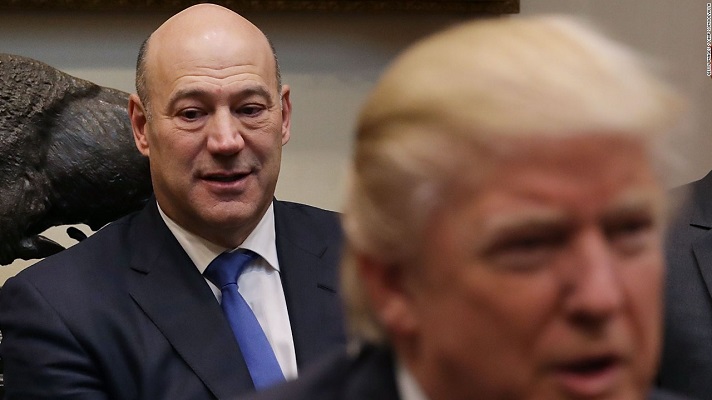 Gary Cohn: I stayed in the White House after Charlottesville for this ‘once-in-a-lifetime opportunity’

Gary Cohn, the president’s top economic adviser, said the “once-in-a-lifetime opportunity” to overhaul the US tax code convinced him to remain in his White House position after he considered resigning in the wake of Trump’s controversial response to a violent white supremacist rally in Charlottesville, Virginia, last month.

He said the president must do better “in consistently and unequivocally condemning” hate groups, including the Ku Klux Klan, neo-Nazis, and white supremacists. He was reportedly “disgusted” and “appalled” by Trump’s response, in which the president laid equal blame for the violence on the white supremacist groups and the counterprotesters.

Cohn, who is Jewish, framed his decision to stay on as an act of defiance against the hate groups.

“As a Jewish American, I will not allow neo-Nazis ranting ‘Jews will not replace us’ to cause this Jew to leave his job,” he said.

Read the article in the Business Insider Australia.