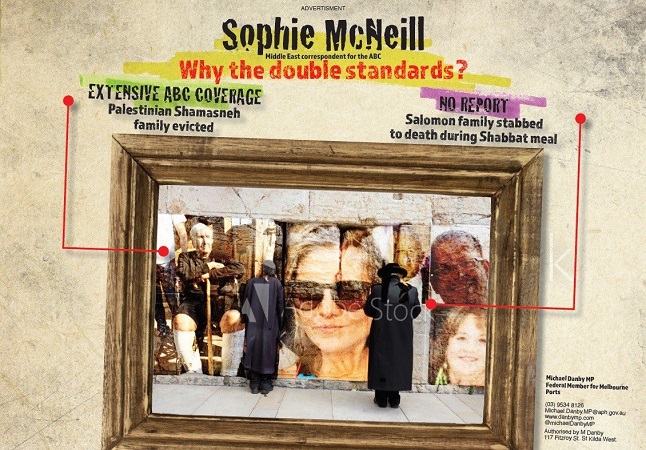 A federal Labor MP has admitted he charged taxpayers to take out an ad attacking an ABC journalist.

The ad, which features two men praying at the Western Wall in Jerusalem, claims McNeill filed “no report” on three Jewish Israelis who were stabbed to death in July while celebrating Shabbat.

The ABC has since rubbished those claims, pointing out in a statement that McNeill “gave due prominence” to the fatal stabbings and filed reports for TV, radio and the national broadcaster’s website.

Read the article by Adam Gartrell and Broede Carmody in The Age with further coverage at ‘Unimpressed’: Shorten’s anger as ALP’s Michael Danby takes out second ABC attack ad