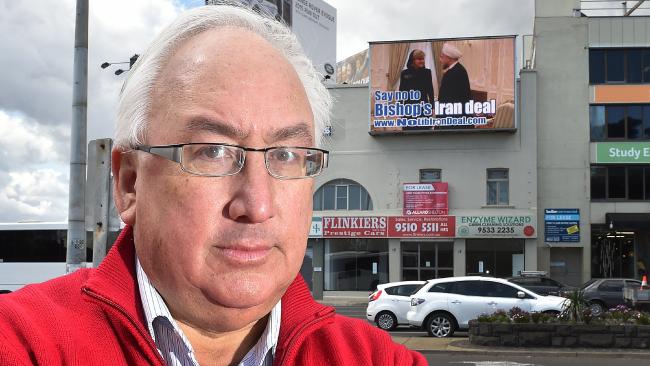 The ABC has attacked me and the AJN for my advertising regarding Sophie McNeill.

This is my short statement to the Guardian. The pro-Sophie McNeill crowd at Fairfax and elsewhere are focussing on the small amount paid from my communications allowance. They show their partisanship by avoiding the content of the ad the different biased treatment of 2 families.the murdered Israel’s didn’t get their names mentioned once whereas the Evicted Palestinians got a warm fuzzy human interest story from the ABC Jerusalem correspondent.
Now The usual suspects, Bernard Keane, Adam Gartrell from Fairfax John Lyons etc have attacked me but have given enormous publicity to the ad.

Rather than commenting on this timeline, I urge you to respond to some of this on Twitter, Facebook and on the Guardian, ABC and Fairfax articles.

Below is my response to Fairfax

We have advertised far more extensively over the past year on penalty rates, marriage equality, the NBN, unfair federal infrastructure spending allocation to Victoria, Human Rights and apportion our expenditure to cover all interests in Melbourne Ports. All advertising from my office meets parliamentary guidelines.

Yes Sophie McNeill should have given the Solomon family who were stabbed to death at their Friday night Shabbat dinner, at least the same human interest coverage she gave the Shamasneh family who were evicted after the Israeli Supreme Court ruled in favour of the properties owners.

Contrary to the ABC Director of News nowhere in the reporting of the brutal slaying of the Soloman family were they mentioned by name. Nor was there any profile of the family or footage interviewing other family members. By contrast Ms McNeill personally visited and profiled the Palestinian Shamasneh family.