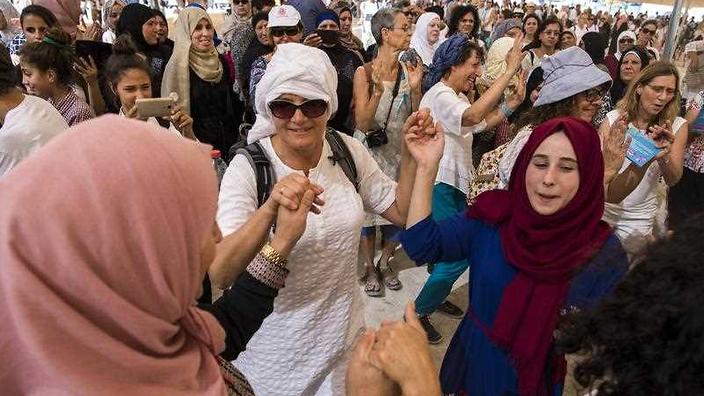 ‘We will stop the next war’: Women march for Israeli-Palestinian peace

About 5000 Israeli and Palestinian women, calling for peace, have marched through a desert landscape down to the Jordan River where they erected a ‘peace tent’.

Thousands of Israeli and Palestinian women have trekked through a biblical desert landscape, converging on the shores of the Jordan River in a march for peace.

The women, many of them dressed in white, descended through the arid hills leading to the river, where they erected a “peace tent” named for Hagar and Sarah, scriptural mothers of Ishmael and Isaac, the half-brother patriarchs of Muslims and Jews.

“We are women from the right, the left, Jews and Arabs, from the cities and the periphery and we have decided that we will stop the next war,” said Marilyn Smadja, one of the founders of the organising group, Women Wage Peace.