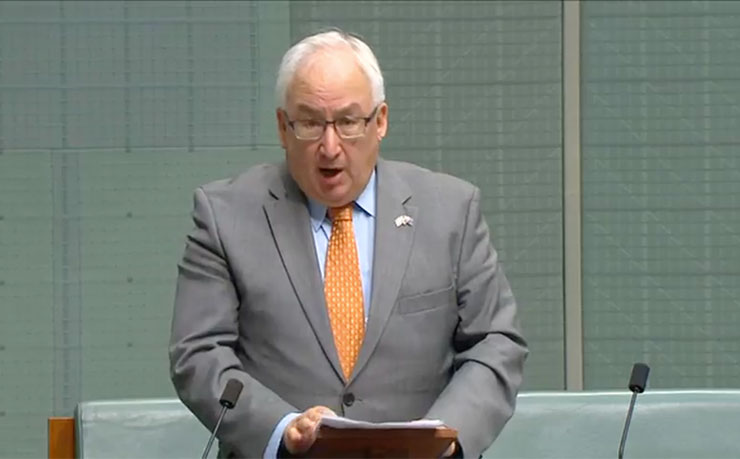 The long political career of Labor’s most outspoken supporter of Israel appears to be in terminal decline, writes Michael Brull.

The public fall of Labor Member of Parliament Michael Danby has been remarkable to watch, in part because of his long record of vicious smears, including about me, but also because of what it indicates about the trajectory of the ALP on the question of Palestine.

The most recent controversy has involved a series of advertisements. Danby used taxpayer money to print an advertisement in the Australian Jewish News attacking ABC Middle East correspondent Sophie McNeill. The advertisement says in red print “Why the double standards?”, claiming that McNeill gave “EXTENSIVE” coverage to Palestinians evicted, but “MINIMAL REPORTAGE” to a Jewish family killed.

This is a familiar slur from Danby – he regularly claims such double standards are a sign of anti-Semitism.

The ABC strongly defended McNeill from similar attacks by a Liberal Senator in 2015. And they strongly rejected Danby’s criticisms too, complaining to Labor leader Bill Shorten. Senior Labor figures were reportedly dismayed by Danby’s conduct.