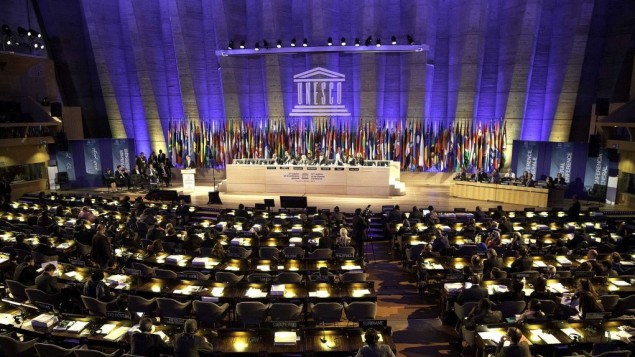 US withdraws from UNESCO, citing its ‘anti-Israel bias’

The Trump administration announced on Friday that it would withdraw from UNESCO, the UN cultural organisation, after years of the US distancing itself because of what it called the group’s “anti-Israel bias.”

“This decision was not taken lightly,” according to a State Department statement issued on Friday. In addition to anti-Israel bias, the department cited “the need for fundamental reform” and “mounting arrears” at the organisation.

UNESCO, the United Nations Educational, Scientific and Cultural Organisation known for its designation of world heritage sites, is a global development agency with missions that include promoting sex education, literacy, clean water and equality for women.

While the US withdrew from the group, President Donald Trump’s administration said it wanted to continue providing US perspective and expertise to UNESCO, but as a non-member observer. The withdrawal goes into effect at the end of 2018.

Read the article by Gardiner Harris and Eileen Sullivan in The Age.