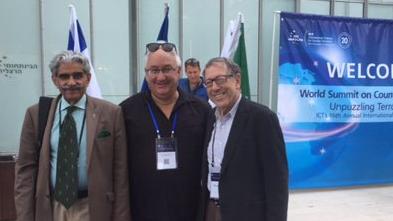 Federal Labor MP Michael Danby took a trip to Israel and pursued some of his favourite causes after allegedly telling his party back home that he was too ill to attend a sitting week of parliament.

Mr Danby, the member for Melbourne Ports who has been a close ally of Bill Shorten, made the trip in September last year during a two-week absence.

He had supplied a medical certificate that stated he was unfit for parliamentary duties.

The second week of Mr Danby’s absence coincided with a sitting week of parliament. During that time he was in Herz­liya, north of Tel Aviv, to attend a counter-terrorism conference.

A colleague from the conference tweeted a photo of Mr Danby with the comment: “Delighted to see @Michael DanbyMP at the @ICT-org (World) Summit. Canada & Australia working in common cause.”

Senior Labor sources have confirmed Mr Danby’s journey to the other side of the world while parliament was in session was not sanctioned by the party leadership, and not known in advance. His leave was not related to representing Australia.