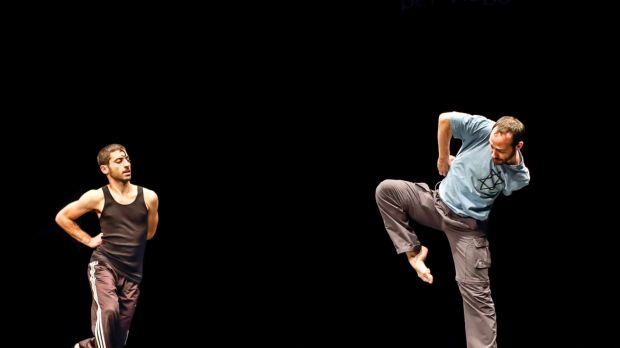 In Hillel Kogan’s dance-theatre piece We Love Arabs, a patronising Israeli choreographer tries to school a young Arab dancer on the differences between their cultures, culminating in smearing hummus, a national food of Israel, all over their faces.

It’s an absurd, humorous device, but Kogan’s point is underlined. Hummus, contrary to the the knowledge of many Israelis, isn’t an Israeli food at all.

“It’s an appropriation of something that existed before, from the Arabs, the Palestinians that were the locals, the natives, like so many other things we have in our culture that we consider Israeli,” he says.

Cultural misconceptions and stereotypes are skewered in his hit two-man 2013 production, which has travelled across Europe and the US and which he now performs in Hebrew, French and English.

Read the full article by Annabel Ross at the Sydney Morning Herald.