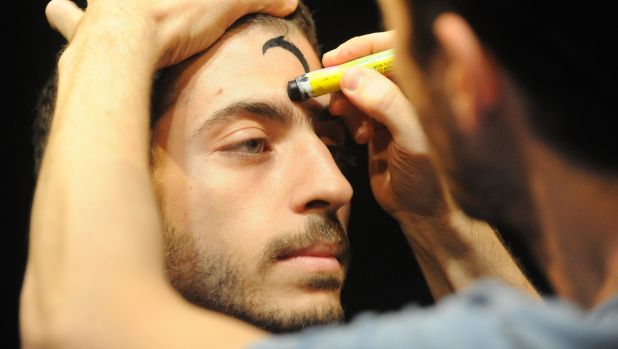 Who would have thought the cleverest satire at this year’s Melbourne Festival would appear in the unlikely guise of dance theatre? Ironically deploying the over-earnestness associated with the form, Hillel Kogan’s We Love Arabs delivers a provocative yet graceful work that skewers, in a darkly hilarious way, the forces behind one of the most intractable geopolitical problems in the world.

Starting in a spotlight he’s determined to hog, Kogan plays a pretentious choreographer at a ticklish point in the creative process. He’s rehearsing a dance work – an epic, three-day marathon set in the desert – that will play a crucial role, he imagines, in ending the Israeli-Arab conflict.

Read the full review by Cameron Woodhead at The Sydney Morning Herald.