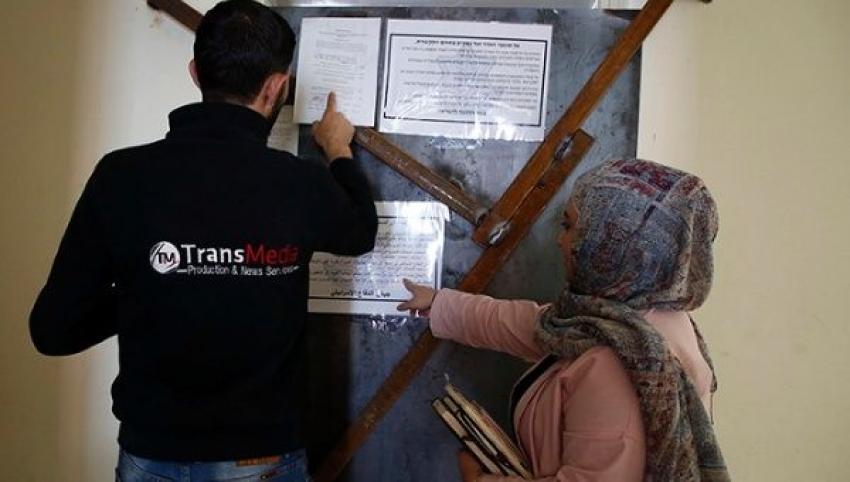 Palestinians and media groups have condemned Israel’s raid on of 11 Palestinian telecom and production companies in the occupied West Bank on October 18, which have since been shut down.

The next day, the Committee to Protect Journalists (CPJ) called on authorities to stop their harassment of Palestinian media, as well as for Israeli forces to release the two journalists arrested in the raids in the West Bank.

“Israeli soldiers cannot simply allege incitement and raid broadcasters’ offices,” CPJ Middle East and North Africa Program Coordinator Sherif Mansour said. “We call on the Israeli military to release Amr al-Jaabari and Ibrahim al-Jabaari, return all equipment seized from TransMedia, PalMedia, Ramsat, and any other outlets, and allow the media companies to resume their work without fear of reprisal.”