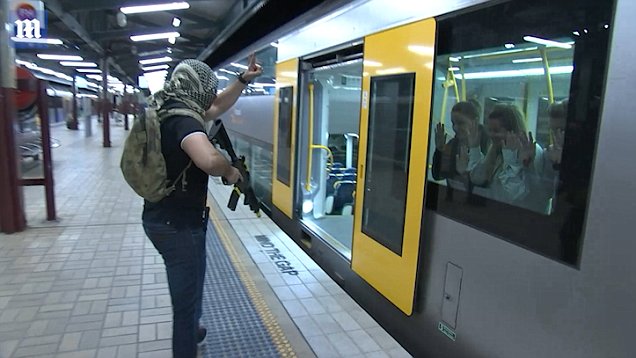 The Palestinian Authority’s representative to Australia demanded an apology from NSW Police after a fake terrorist apparently wore a symbolic Palestinian headscarf in a training exercise.

Representative Izzat Saslah Abdulhadi slammed police because one of the headscarfs resembled the black and white symbol of Palestine’s resistance, the keffiyeh.

Mr Abdulhadi claimed it was an ‘egregious… display of prejudice’ by police.

‘The keffiyeh is a symbol of the struggle of the Palestinian people for their right to self-determination and freedom,’ he fumed.

But a police spokesman insisted: ‘In no way were we trying to stereotype members of the community, and any offence caused is unintended’.

Read the article by Daniel Piotrowski for The Daily Mail.