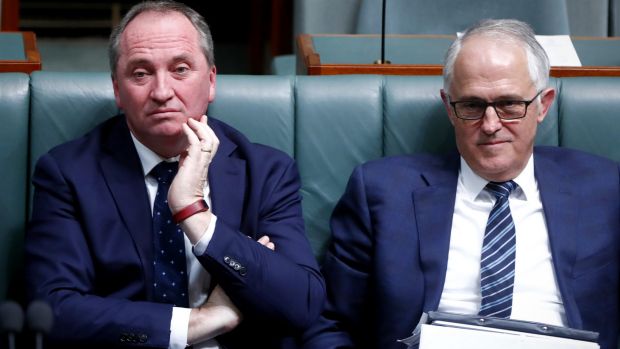 No deputy PM to be sworn in: Turnbull

The job of deputy prime minister will remain vacant while Barnaby Joyce contests a by-election to return to parliament.

Mr Joyce, who was found to be ineligible for parliament because he was a dual- citizen of New Zealand, is expected to comfortably win the seat New England at a December 2 by-election.

He renounced his New Zealand citizenship when he discovered he had it because his father was born there.

Julie Bishop will fill in as acting prime minister when Malcolm Turnbull is overseas, but neither she nor interim Nationals leader Nigel Scullion will be made deputy prime minister.

Read the report and watch the news clip on Sky News.