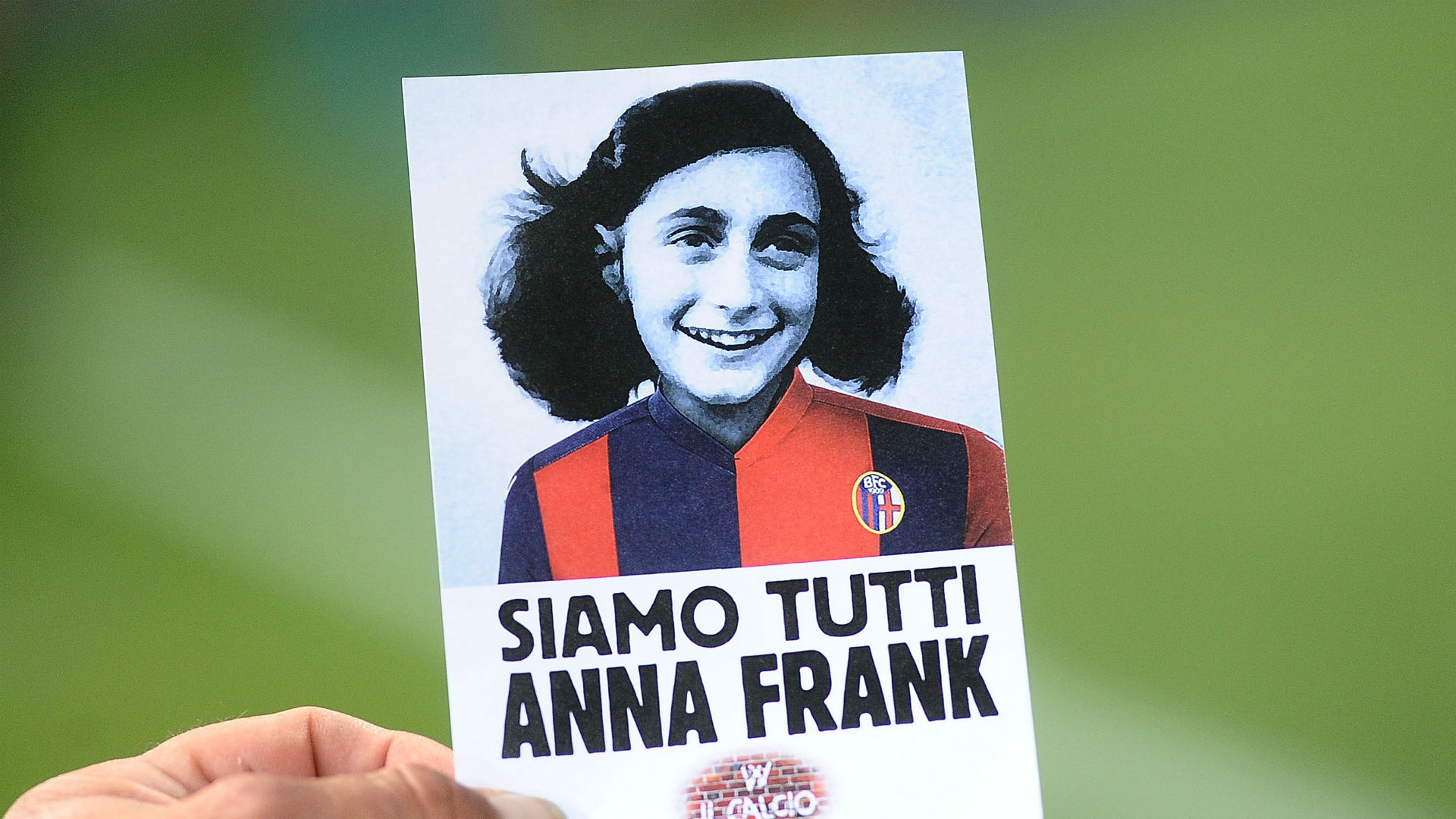 JMedia Staff
Online
October 30, 2017 267
Last Sunday’s events in the Stadio Olimpico and the nationwide reaction demonstrate that still too many Italians consider anti-Semitism to be banter
Last Sunday, as Lazio played in their 3-0 win against Cagliari, a small number of their ultras plastered anti-Semitic stickers over the plexiglass boards in the stands of the Stadio Olimpico. One of the most notable was a mocked-up image of Holocaust victim Anne Frank in the shirt of arch-rivals Roma.

The incident was brought to attention by the leader of Rome’s Jewish community, Ruth Dureghello, who posted images of the offending stickers on social media with a plea for what she described as anti-Semites to be banned from stadiums.

Prime Minister Paolo Gentiloni described the act as “unbelievable, unacceptable and not to be minimised”. Italian authorities immediately opened an enquiry and a statement of condemnation followed from the club.

Read the full article by Peter Staunton at Goal.