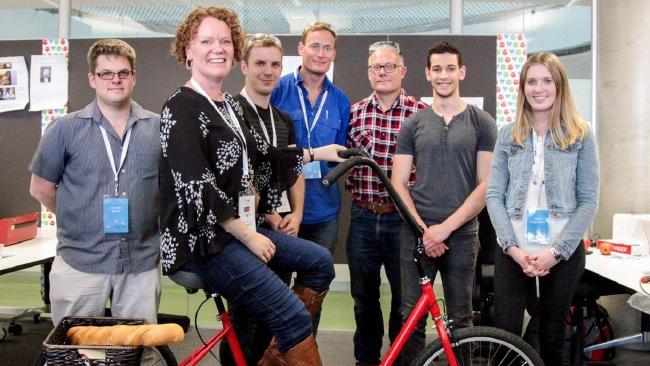 Israeli movement connects those in need with the best minds

What do cherry tomatoes, USB keys, e-readers and digital printing technology, drip irrigation,­antivirus software and Soda­Stream have in common? All are inventions from Israel, a country ranked number two for innovation according to the World Economic Forum’s 2016-17 Global Competitiveness Report. With more than 6000 active start-ups, entrepreneurs regularly praise the business culture of this buzzing hub as a collaborative and transparent one where “knowledge sharing is the norm”, says Nir Zohar of cloud-based web development platform Wix.com. “We think of competitors as colleagues.”

It’s this philosophy that’s at the core of Tikkun Olam Makers. ­Directly translating to Repairing the World in Hebrew, it is a global non-partisan, non-profit movement that unites “need knowers” (people affected by disabilities) with volunteer “makers” such as industrial ­designers, ­engi­neers, hardware ­developers, ­coders, programmers, wood­workers and health professionals with the goal of developing assistive technology that addresses their specific needs. Founded by Arnon Zamir and Josh Gottesman of the Reut Group, it was granted $70,000 by Google last year.

Read the full article by Carli Phillips at The Australian (subscriber only).