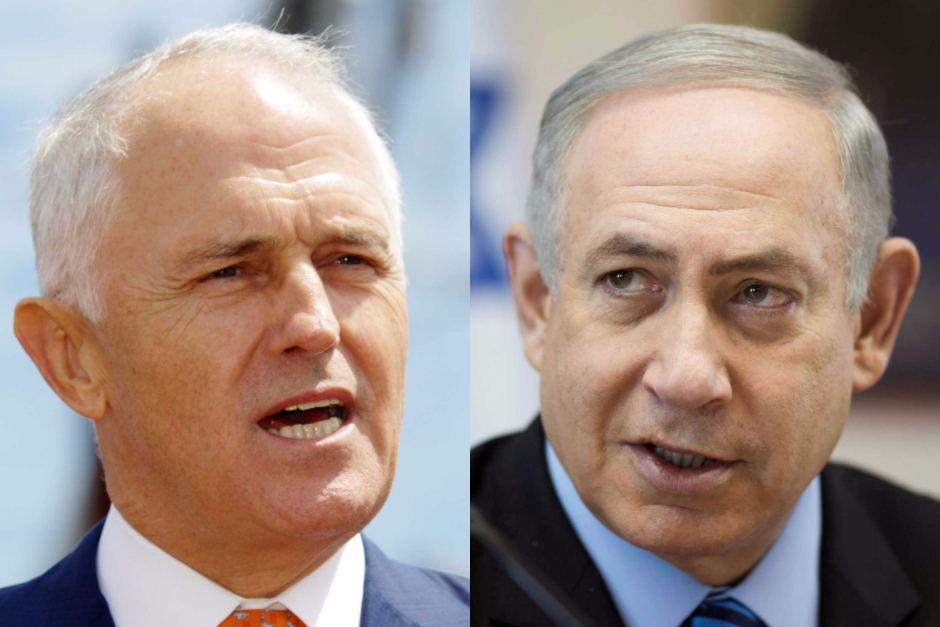 “Tomorrow, Australian Prime Minister Malcolm Turnbull — who leads one of the State of Israel’s greatest friends — will arrive in Israel,” Israel’s Prime Minister Benjamin Netanyahu said in remarks at his weekly cabinet meeting on Sunday.Ahead of the visit, the first by an Australian PM to the country since 2000, Mr Turnbull certainly has a lot of fans in Israel.

“And just in general, I think Australia was always next to Israel.”

Under Mr Turnbull, Australia has backed up and defended the Netanyahu Government on several occasions, including last December when it was criticised by the UN Security Council for settlement expansion in the occupied West Bank.

Read the full article by Sophie McNeill at ABC News.