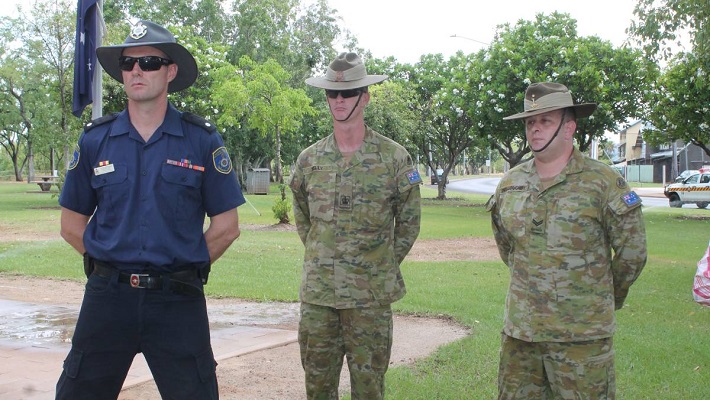 Six members of the Katherine community gathered to commemorate the centenary of the The Light Horse Charge at Beersheba.

NT Senator Nigel Scullion, who was not at the Katherine ceremony, said “more than 1350 Australians lost their lives in the Middle East campaigns of the First World War”.

“I urge Territorians to pause today and remember the service and sacrifice of the Australian soldiers who served in the Battle of Beersheba and the Sinai–Palestine Campaign during the First World War,” Senator Scullion said.

“About 800 Australians from the 4th and 12th Light Horse Regiments, with the support of British artillery, charged toward Beersheba under heavy fire.

“The enemy resistance soon collapsed and more than 700 Turkish soldiers were taken captive, 31 members of the Australian Light Horse were killed and 36 were wounded,” he said.

Read the story by Lydia Lynch in the Katherine Times.