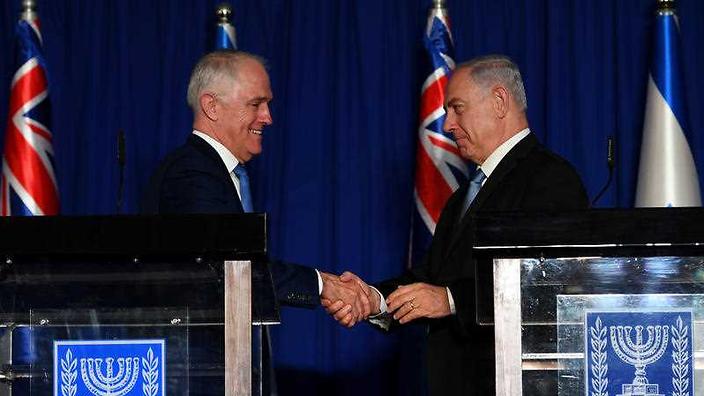 Malcolm Turnbull has argued in favour of retaining the Iran nuclear deal during a private meeting with Israeli counterpart Benjamin Netanyahu, one of the rare points of difference between the two countries.

Speaking at a ceremonial welcome complete with military band and presentation of soldiers, the two leaders spoke warmly of their regard for each other, with Mr Netanyahu praising Mr Turnbull as a  “true friend of Israel” who offered unwavering support.

He described the relationship between the two countries as like mishpacha – Hebrew for family.

“I think that our two nations understand one another in the deepest sense. We cherish the values of peace, freedom, democracy,” Mr Netanyahu said.
“We battle the same forces of militant Islam that threaten not only our countries but also our common civilisation and your personal commitment to Israel is absolutely clear. It is warmly appreciated by every citizen of Israel.”