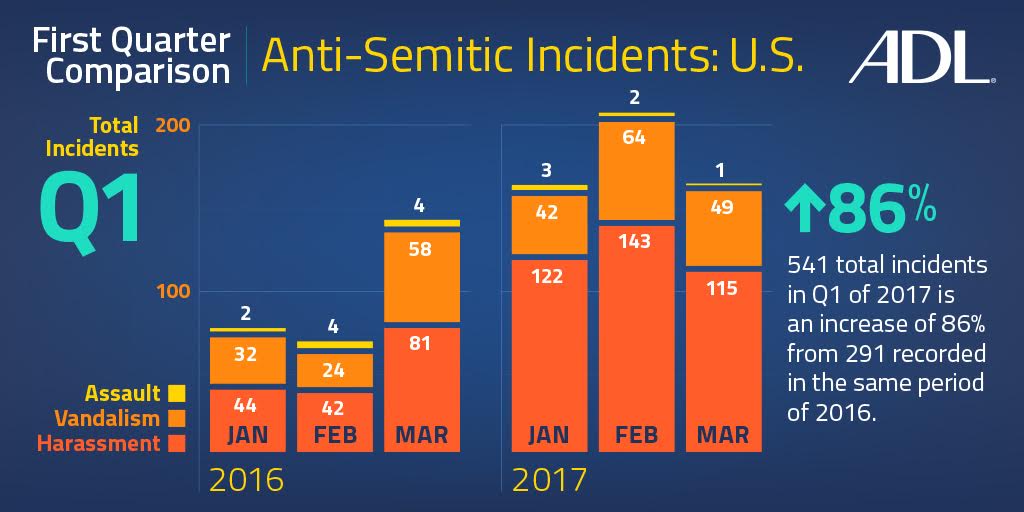 Surge in anti-Semitism in US reported in latest study

A new report shows a continued rise in anti-Semitic incidents across the US in the first nine months of 2017, partly attributable to the Charlottesville, Virginia, rally in which white nationalists marched through the city shouting “Jews will not replace us”.

The report from the Anti-Defamation League shows a 67 per cent increase in physical assaults, vandalism and attacks on Jewish institutions over the same period last year.