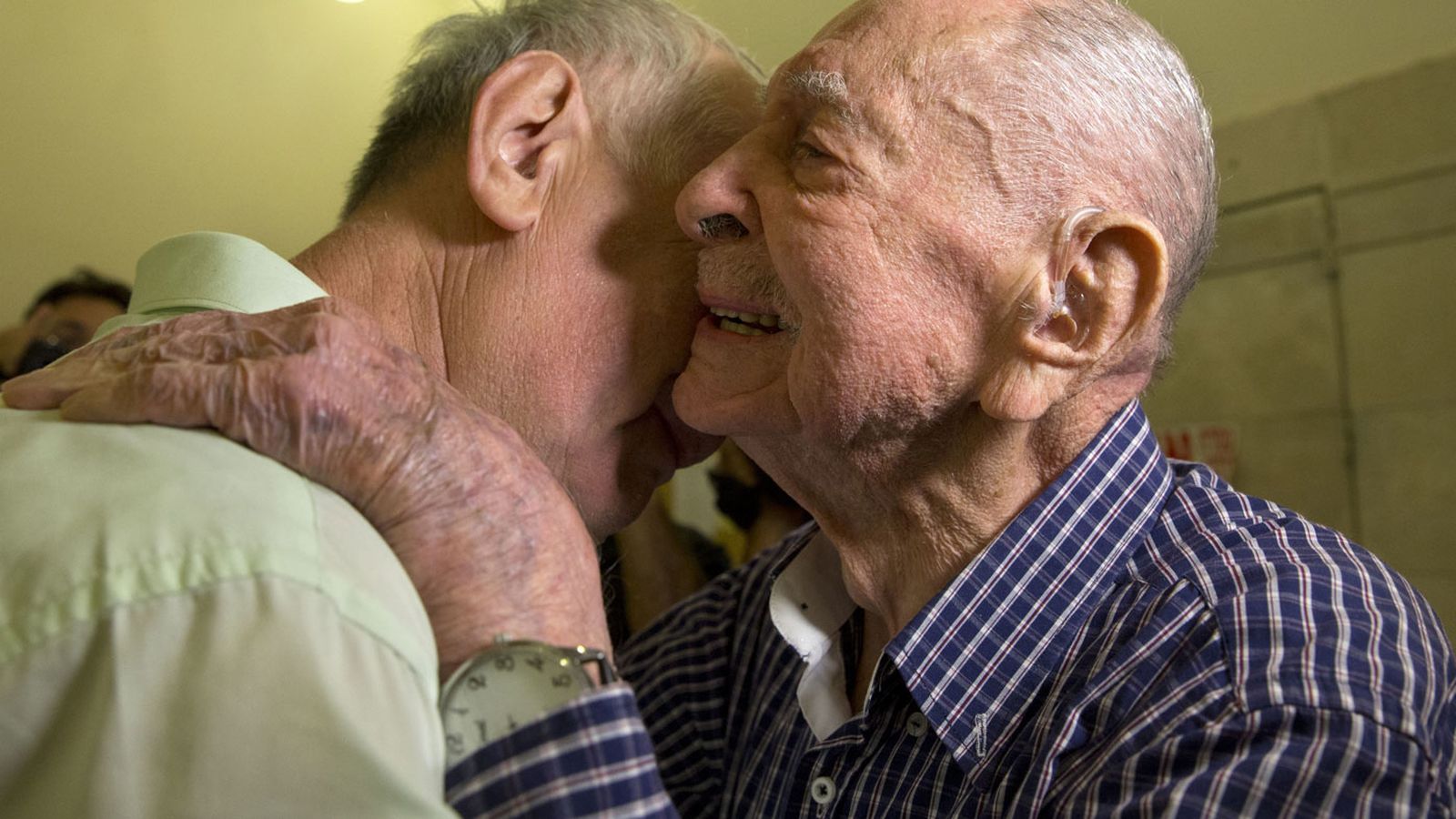 Eliahu Pietruszka shuffled his 102-year-old body through the lobby of his retirement home toward a stranger he had never met and collapsed into him in a teary embrace. Then he kissed both cheeks of his visitor and in a frail, squeaky voice began blurting out greetings in Russian, a language he hadn’t spoken in decades.

Only days earlier, the Holocaust survivor who fled Poland at the beginning of World War II and thought his entire family had perished learned that a younger brother had also survived, and his brother’s son, 66-year-old Alexandre, was flying in from a remote part of Russia to see him.

The emotional meeting was made possible by Israel’s Yad Vashem Holocaust memorial’s comprehensive online database of Holocaust victims, a powerful genealogy tool that has reunited hundreds of long-lost relatives. But given the dwindling number of survivors and their advanced ages, Thursday’s event seemed likely to be among the last of its kind.

Read the full article and watch the video clip at 9 News.