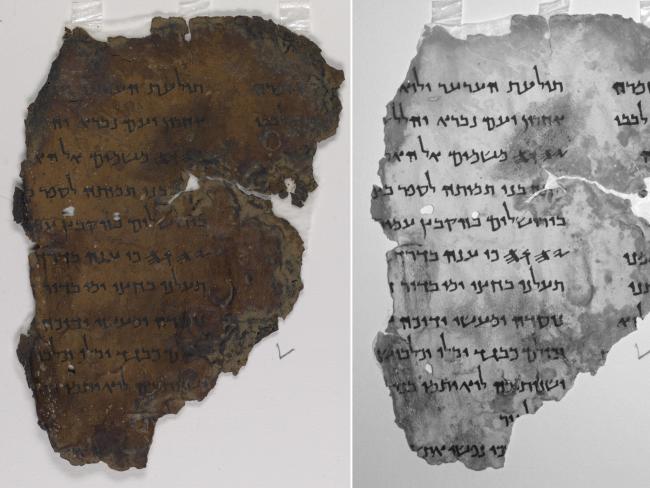 THEY offer a tantalising clue to the origins and evolution of two of the world’s most prominent religions.

But little is known about who collected and wrote them. Or why.

Now, 33 newly discovered skeletons found in the ruins of the Judaean Desert site of Qumran are beginning to give up their secrets.

The scrolls themselves are a revelation.

Their preserved remains date back 2200 years. It’s taken 70 years to painstakingly piece their fragments together.

Some 980 separate manuscripts have since been identified.

They contain the written foundations of the Hebrew bible. Some appear to tease an emergence of a mindset that would ultimately evolve into the doctrine of Jesus Christ.

Read the article by Jamie Seidel in the Daily Telegraph.