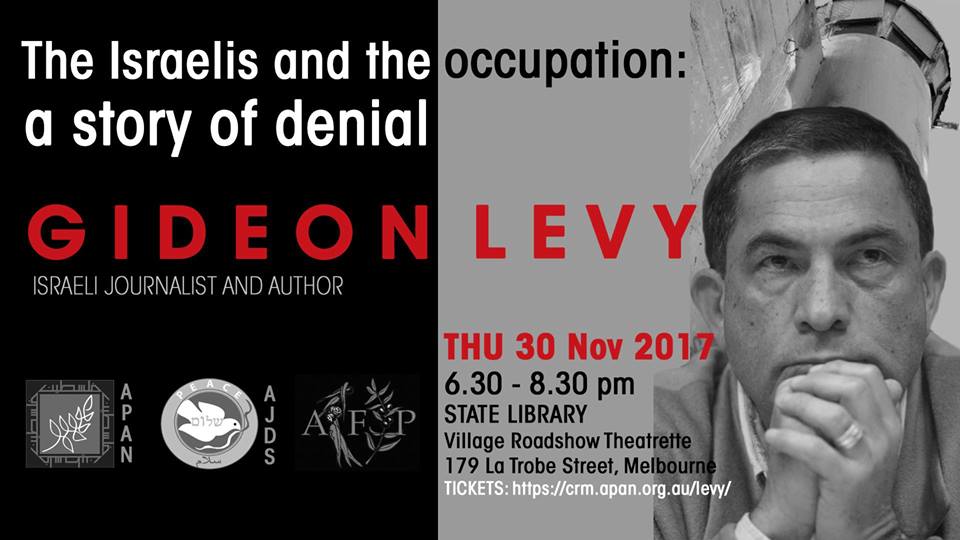 Gideon Levy in a hate speech against Israel

This event which took place at the The State Library of Victoria – Village Roadshow Theatrette in Melbourne was titled ‘Gideon Levy – The Israelis and the Occupation: A Story of Denial’.

Here is the spiel that was associated with the event organised by AFOPA:

“Gideon Levy is an Israeli journalist and author best known for his work with Ha’aretz which he joined in 1982 and spent four years as the newspaper’s deputy editor. He is now a regular columnist and a member of the newspaper’s editorial board, with much of his work focusing on the Israeli occupation in the territories. He has been praised by Johann Hari of The Independent as “the heroic Israeli journalist”. Levy served in the army before his position as spokesman for Shimon Peres when he was the leader of the Israeli Labor Party.

“He is also the author of Twilight Zone – Life and Death under the Israeli Occupation. His new book, The Punishment of Gaza, has just been published by Verso Publishing House in London and New York. Levy’s writing has earned him numerous awards.”

Watch the video of the event: