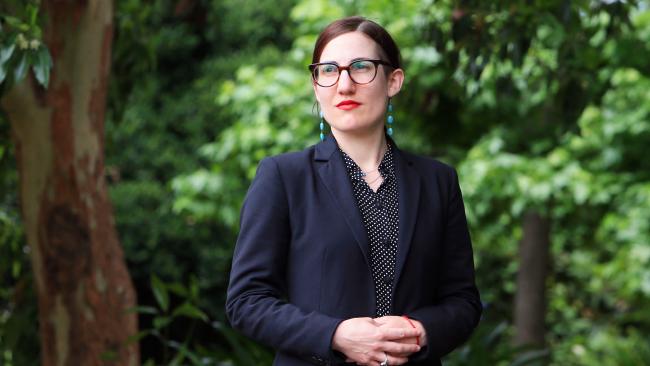 Felicity Perry, a 33-year-old university administrator, was walking through the gathering Melbourne dusk towards the Flemington Railway station when she heard the chant. “Auschwitz-­Birkenau, Bergen-Belsen, ­Buchenwald, Dachau.’’

At first, she thought she’d misheard. Then she turned and looked at the faces of the men glaring at her, chanting in unison. “Auschwitz-­Birkenau, Bergen-Belsen, Buchenwald, Dachau.’’ She hadn’t misheard. There was no mistake; only a hatred deeper than Perry, a woman readily identifiable as Jewish, could have imagined.

This was Perry’s first antifa rally, an event that turned a normally busy road into a maul of far right and hard left activists, turned the normally peaceful residents of the Kensington commission towers into an angry mob, turned a city against itself in scenes of violence and abuse.

Her tormentors were men in their 40s and 50s. All white, all old enough to know the history of what they were chanting. They stood in Racecourse Road, next to another group of men carrying Trump flags. “They weren’t messing about,’’ Perry said.

She came to the rally as part of a small activist group, Jews Against Fascism, to add her voice to those trying to shout down alt-right provocateur Milo Yiannopoulos as he spruiks his brand of pop outrage. “I’ve been watching the rise of Yiannopoulos and the new alt-right and, frankly, I’m very concerned,’’ she said.

Read the full article by Chip Le Grand and Simone Fox Koob at The Australian (subscription only).