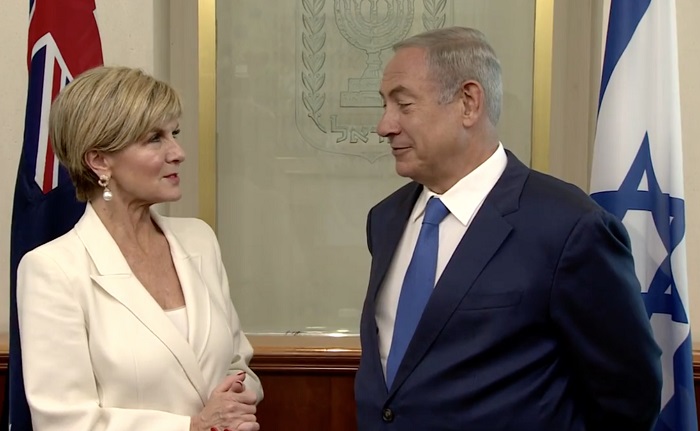 Australia is at odds with Donald Trump over recognising Jerusalem as Israel’s capital, with Foreign Minister Julie Bishop saying the Holy City’s final status must be determined through negotiations between Israelis and Palestinians.

Ms Bishop also reaffirmed that Australia would keep its embassy in Tel Aviv instead of following Mr Trump’s lead and moving it to Jerusalem.

In a widely-anticipated announcement, Mr Trump is expected to declare on Wednesday (US time) that America would recognise Jerusalem as Israel’s capital, upending 70 years of diplomatic policy. He is expected to commit to moving the US Embassy to Jerusalem although he will sign a national security waiver for another six months to keep it in Tel Aviv.

Arab leaders have warned that such provocative moves would damage prospects of a peace deal between Israelis and Palestinians, and inflame sentiment in Muslim countries.

Read more in the article by Andrew Tillett in the Australian Financial Review.