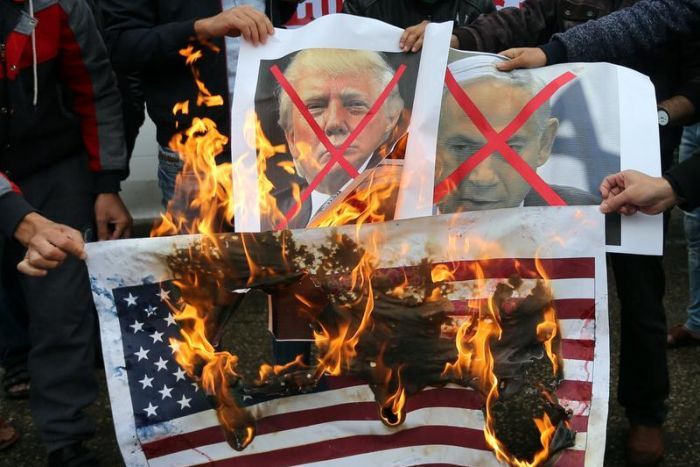 Donald Trump recognises Jerusalem as Israel’s capital, in reversal of decades of policy

Leaders around the world, including US allies, condemn the declaration of Jerusalem as Israel’s capital as US embassies in the Middle East and in Europe brace for potentially violent protests.

US President Donald Trump has been accused of dealing a “death sentence” to the Middle East peace process by recognising Jerusalem as Israel’s capital.

Leaders around the world, including US allies, have condemned the move as US embassies in the Middle East and Europe braced for potentially violent protests in the wake of the announcement.

UN Secretary-General Antonio Guterres, British Prime Minister Theresa May and a host of Middle Eastern leaders were among those criticising Mr Trump’s “dangerous escalation” of hostilities.

In Gaza, hundreds of Palestinian protesters burned American and Israeli flags, while several hundred protesters gathered outside the US consulate in Istanbul, with some throwing coins and other objects at the building.