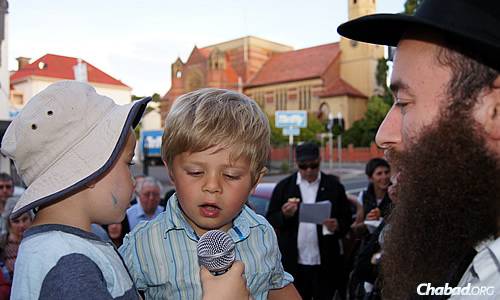 Jewish community prepares for annual lighting of the menorah

Religious freedom may have made its way into the national political agenda throughout the past month, but it will be greeted with a celebratory tone at Launceston Synagogue on December 17.

Chabad of Tasmania is again inviting all members of the Launceston community to join them in the annual lighting of the Hanukkah menorah in what will be the sixth night of the eight-day holiday.

Now in its seventh year, the ceremony will feature a range of special guests, including MP Ross Hart and Launceston City Council mayor Albert van Zetten.

Organiser Chabad-Lubavitch Rabbi Yochanan Gordon said the event’s themes of freedom and tolerance are as relevant today as they have ever been.

“The menorah serves as a symbol of Tasmania’s dedication to preserve and encourage the right and liberty of all its citizens to worship God freely, openly, and with pride,” he said.

“Specifically in Australia, a nation that prides itself as multicultural and equal rights for all, giving every person the right to practice his or her religion freely from restraint and persecution.”

Read the full article by Sean Slatter at The Examiner.